There are currently 27 students pursuing their master’s or doctoral degrees in mining engineering, and most of them participate in projects that have real-world implications for the mining industry and miner safety.

One of these projects is the Ground Control Research for Improving Safety Performance in underground Stone and Other Large Opening Mines, led by Dr. Nino Ripepi. The work seeks to addresses important ground control safety issues related to large opening underground mines, with an emphasis on room and pillar stone mines. In addition, the project aims to develop and train a new generation of ground control experts specializing in underground mine stability in order to ensure the future health and safety of mine workers in this sector.

Three graduate students are working on the project, and while each is applying a different methodology to address the greater problem, their  work tackles ground control safety issues in complementary ways.

Juan J. Monsalve, a department master’s candidate, earned his B.S. in Mining and Metallurgical Engineering from the National University of Colombia in 2016. He worked as an engineer assistant for geotechnical design companies in Colombia, where he gained experience in rock mass characterization and numerical modeling for underground excavations. His research focuses on recreating the structure of a rock mass by using laser scanning and mapping natural fractures that can generate rock falls in tunnels. Once the natural discontinuities present in the rock mass are identified, they are modeled in a software that uses discrete element methods, which are able to estimate the amount, volume, size and kinematics of possible displaced blocks due to the excavation.

Jon Baggett completed his B.S. in mining engineering in 2017 and is pursuing an M.S. degree. He has experience working as a summer intern at a surface phosphate operation in Florida as well as at surface aggregate operations in North Carolina. Jon’s research addresses the risks of water inrush from karstic features in underground mining environments operating in carbonate rock masses. Karsts are complex and challenging ground control risks, and traditional methods of predicting their locations, such as probe drilling, probability studies, and borehole data analysis, are often impeded by the inconsistent spatial distribution and variable sizes of the features. His research aims at demonstrating how the use of Ground Penetrating Radar (GPR), a geophysical technique that transmits radio waves into a medium and subsequently detects transmitted waves via a receiver, can be used to detect karsts in 3 dimensions. GPR has been extensively researched in both commercial and academic domains; however, its application in underground mines lacks a significant amount of research.

In a third project, Richard Bishop tests the use of photogrammetry as an effective means for site characterization and ground control monitoring in large opening underground mines.  A Class of 2001 mining and minerals engineering graduate, Richard returned to Virginia Tech to complete his Master’s degree and start his Ph.D. after most recently working 8 years in Toronto, Canada, in mining finance, where he maintains a consulting business. He was the Vice President of Investments for Aberdeen International, a Canadian mining investment firm, while serving as Interim CEO for two junior mining company startups. With industry experience in gold, molybdenum, titanium, tungsten, and phosphate, Richard holds a graduate certificate in Mining Engineering from the European Mining Course, and he serves on the Advisory Board of Virginia Tech’s Mining and Minerals Engineering department. Richard’s work involves photogrammetry, a proven technique for capturing composite images for 3D spatial analysis. Richard’s work tests the feasible application of photogrammetry for site characterization and ground control monitoring in large opening underground, thereby improving overall safety through hazard recognition, risk assessment and ground control best practices, which can then be implemented into training and operations management. 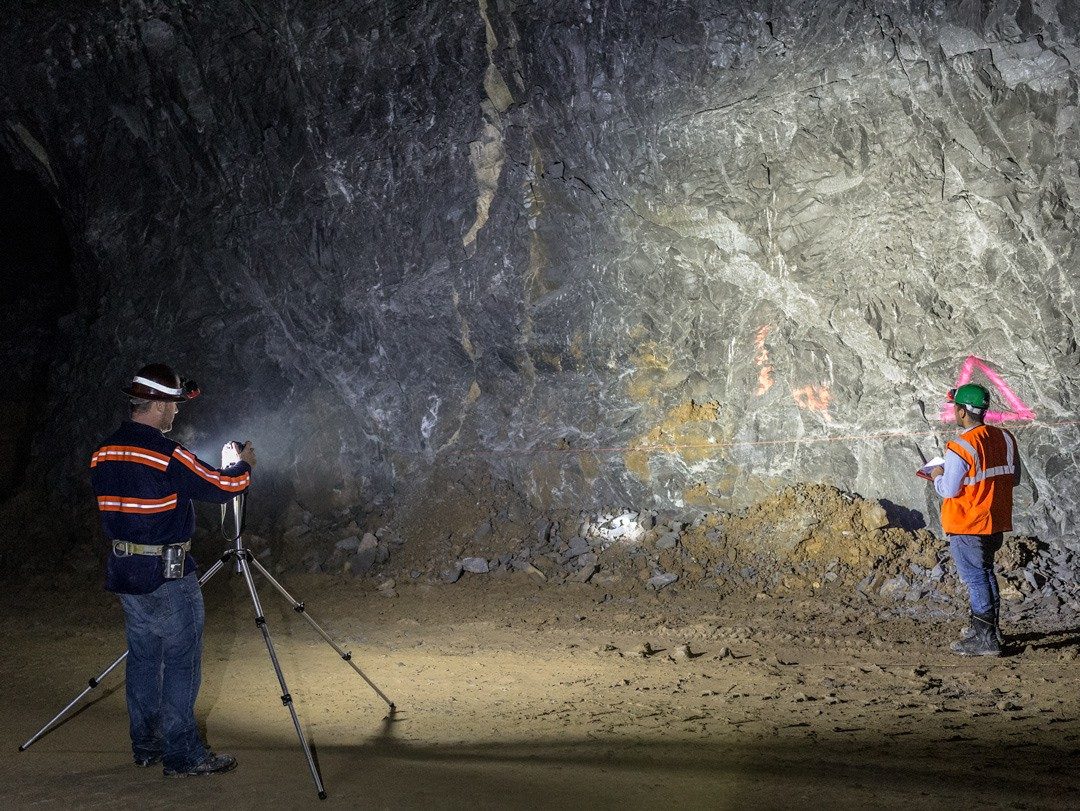 Richard Bishop performs a photogrammetry survey of an underground pillar. 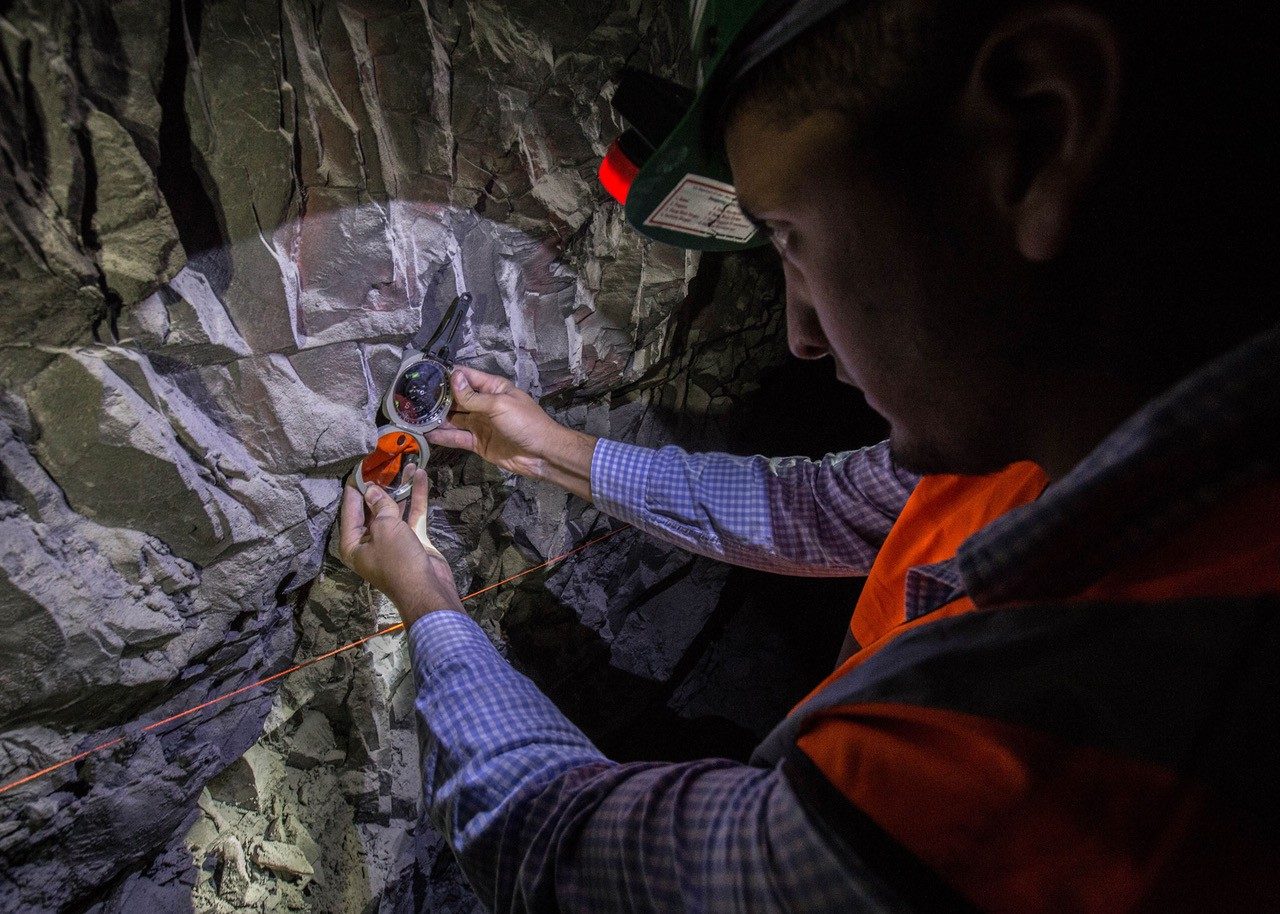 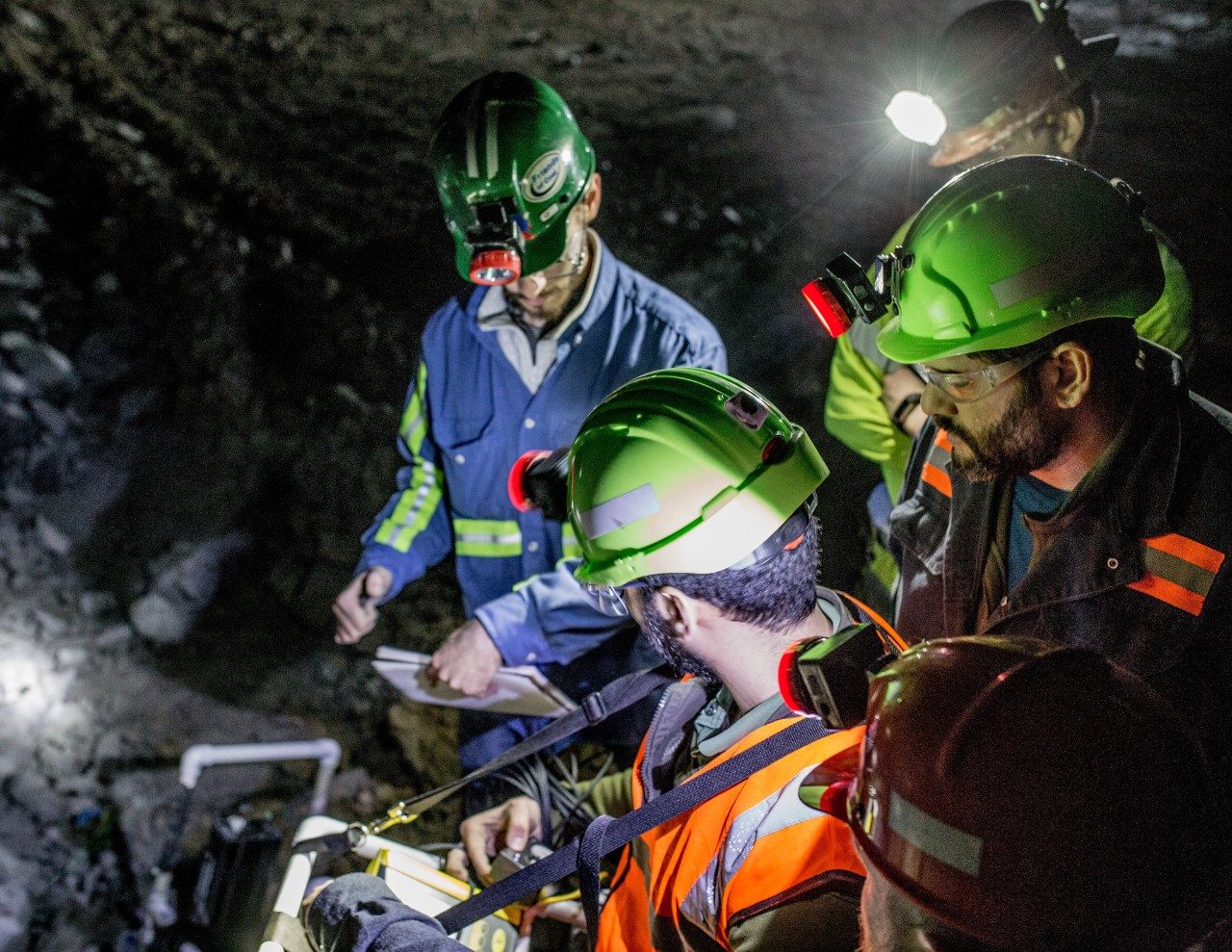